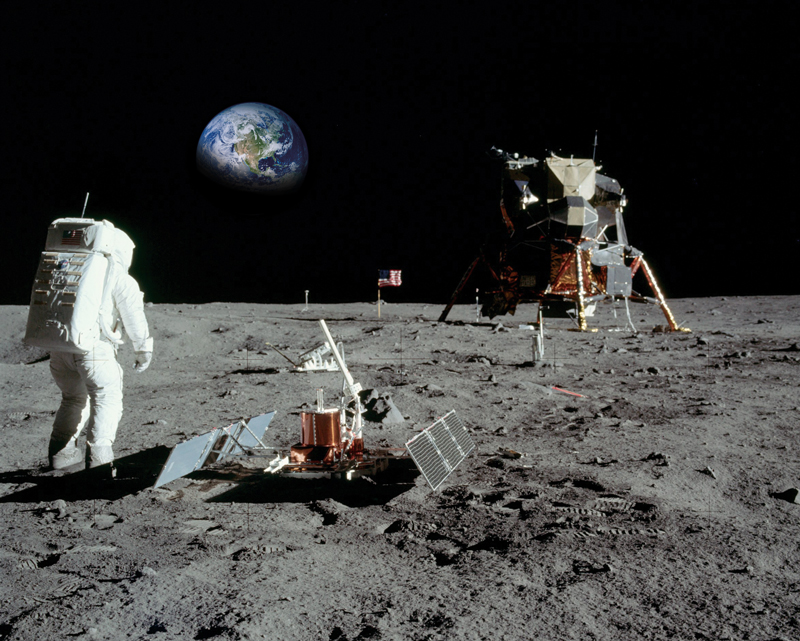 From Chatsworth to the moon, Apollo 11 astronauts wore this local company’s product

Valley’s Cicoli Corp. made ‘bio-harnesses’ that astronauts wore on the lunar surface 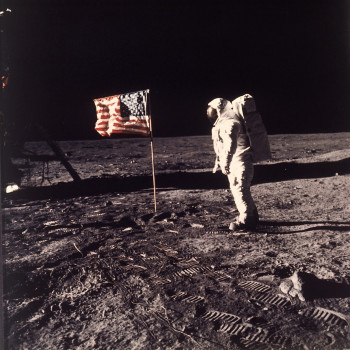 Astronaut Buzz Aldrin poses for a photograph beside the U.S. flag deployed on the moon during the Apollo 11 mission on July 20, 1969. (AP Photo/NASA/Neil A. Armstrong)
By ETHAN VARIAN | This email address is being protected from spambots. You need JavaScript enabled to view it. |

While many Valley residents are familiar with the role local aerospace firms such as Rocketdyne and Lockheed Martin played in the Apollo lunar missions of the late ‘60s and early ‘70s, fewer know how a small electric cable manufacturer in Chatsworth helped land the first men on the moon.

Cicoil Corp., which has since moved to Santa Clarita, developed specialized “bio-harnesses” worn by NASA astronauts to help monitor their vital signs. And it was no different in July 1969, when Neil Armstrong and Buzz Aldrin wore them during spaceflight and throughout their famous lunar walk, which took place 50 years ago this week.

Central to Cicoil’s harness design was the company’s proprietary flat ribbon cable, which provided the necessary flexibility and could also withstand the harsh conditions of space.

“The company started in 1956 making ribbon cables primarily for mainframe computers for companies like Sperry Corp. and IBM,” said Cicoil Chief Executive Howard Lind. “But when the space program kicked off in the early ’60s, the company became much more involved with NASA.”
In addition to building harnesses for the Apollo missions, Cicoil went on to supply custom flat ribbon cables to NASA projects, including the International Space Station and the Voyager 1 spacecraft. 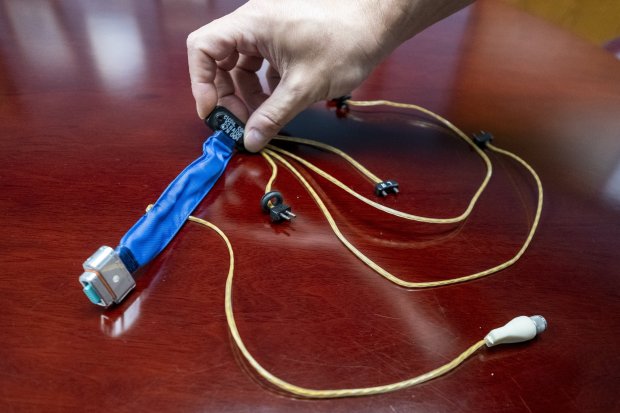 Today, ribbon cables — which are made of elastic silicon molds that encase electrical wires — are sold by many manufactures and used in everyday electronic devices that rely on repeated movement, such as printers and CD drives. 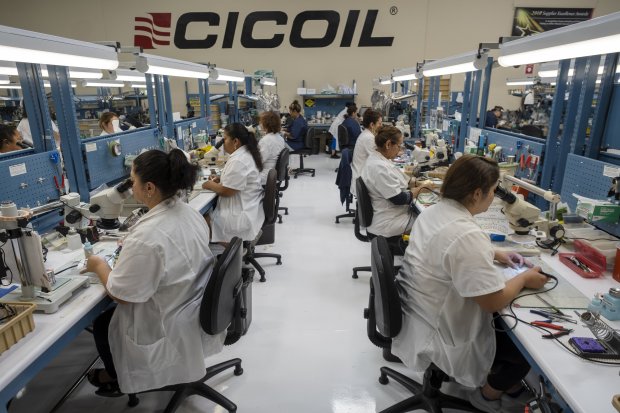 Cicoil personnel work on cables at their Santa Clarita facility on July 16, 2019. On July 20, 2019, will be the 50th Anniversary of the Historic Moon Landing and Cicoil, the inventor of the Bio-Harnesses worn by the Apollo 11 Astronauts, will be celebrating this Golden Anniversary with the rest of the world. (Photo by Hans Gutknecht, Los Angeles Daily News/SCNG)

Onsite, Cicoil engineers design cables to customers’ specifications while certified employees hand solder various connectors to cable endpoints. And behind a walled-off section on the manufacturing floor, staff work to develop new kinds of durable silicon encasings for cables. The area is off-limits to all visitors, including Cicoil customers.

“We joke that if we take you in there, we have to use the ‘Men in Black’ pen to erase your memory,” Lind said.

Lind, who purchased Cicoil 13 years ago, said the company continues to supply cables for NASA projects. For many NASA engineers, selecting the right cable can be the last step in the development process, he said.

“Because of that, a lot of times engineers won’t account for the space you need for wiring,” Lind said. “With new technology, they’re adding more and more electronics and more and more sensors, and that requires more cable. That’s why they come to us—because we can fit things in really small spaces.” 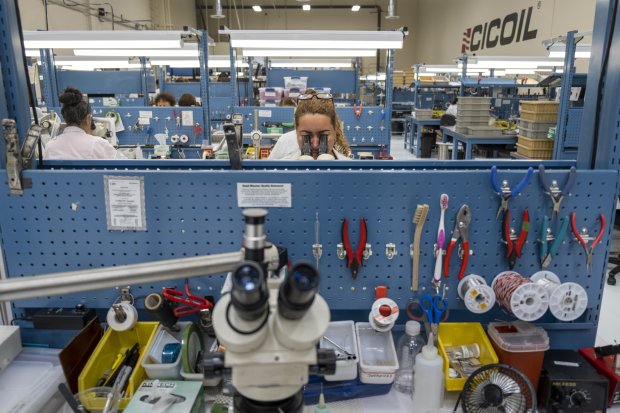 Cicoil personnel work on cables at their Santa Clarita facility on July 16, 2019. On July 20, 2019, will be the 50th Anniversary of the Historic Moon Landing and Cicoil, the inventor of the Bio-Harnesses worn by the Apollo 11 Astronauts, will be celebrating this Golden Anniversary with the rest of the world. (Photo by Hans Gutknecht, Los Angeles Daily News/SCNG)

While NASA aims to send astronauts back to the moon by 2024, the agency has yet to contact Cicoil about manufacturing cables for its next lunar mission. (The so-called Moon to Mars project is still in its early phases.)
Even so, many of the company’s cables continue to operate deep into space, including on the Voyager 1 satellite, which was launched in 1977 and now returns signals from over 13 billion miles away.